The RedOctane X-Plorer is possibly the best guitar controller ever made, suitable for games such as Guitar Hero, Band Hero etc. I spent many hours with this controller, together with my two favorite GH games: Guitar Hero III: Legends of Rock, and GH: Metallica. So, when I found a broken RedOctane X-Plorer for ~$5 in a charity shop, I was pleasantly suprised! The guitar had…
Read more The original Xbox, launched by Microsoft in 2001, is still a popular console to run homebrew games and emulators on. However, as with any old hardware, the console’s weaknesses are starting to show. One of those weaknesses is the optical drive, a common source of error on old video game consoles. One common errors are that the DVD-tray is stuck, and won’t eject. Another common…
Read more

I bought a Compaq Contura 420C laptop for a fairly good price at Swedish eBay. The downside? Both hinges were broken. It seems like this is a common problem on these old laptops. In this post I will show how I repaired them. It is by no means a pretty fix, since I lack the tools to weld metal pieces together. But it works. I…
Read more In this post, I will make a full disassembly of a Nintendo Entertainment System (NES), including cleaning the 72-pin cartridge connector. If you experience “pink” screen or having problems running games, this is the first measure to get your NES in working order again. The unit I am working on is an ex-rental. This unit has never been opened before, and is in excellent condition,…
Read more

As described in another post, I’m using a Compaq Presario CDS 520 as a MS DOS gaming machine. I bought it in almost perfect condition from Swedish eBay, except for a broken “right arrow” key on the keyboard. In this post I will describe how to fix that. First, separate the top and bottom of the keyboard by removing the three marked screws below. As…
Read more

I just wiggled of the capacitors from the #GameGear audio board. Pads are looking good. https://t.co/5TMp2GwaCQ
View on Twitter 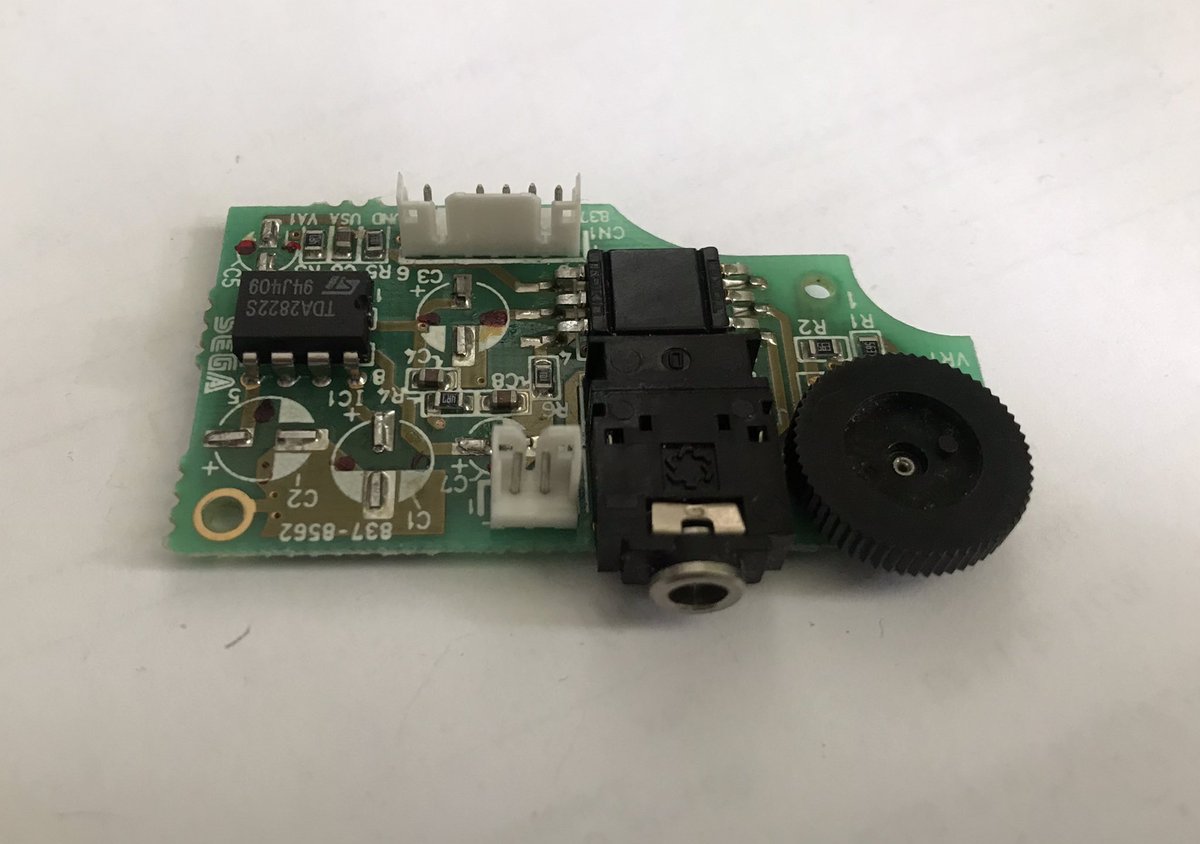 #GameGear recap is coming along nicely. I find it difficult to achieve pretty solder joints on these units. No major catastrophies so far though. https://t.co/XdTwJLTrrJ
View on Twitter 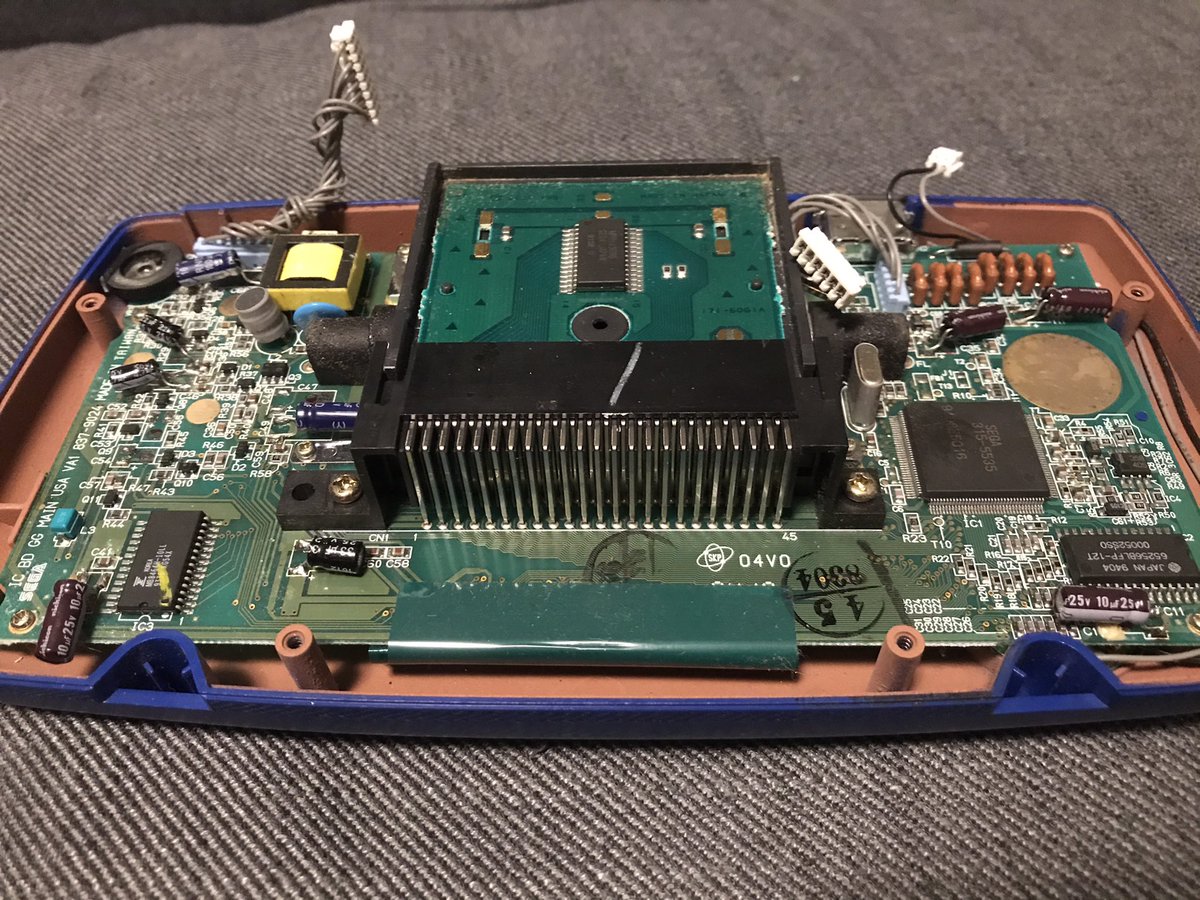 I repaired the cable of a #Wii classic controller today. I'm using it for playing Gamecube games on my softmodded unit. I may be a bit old fashioned though, it took me a while to figure out I would not connect the controller to the console, but to the Wii remote... https://t.co/C0kc44oYel
View on Twitter 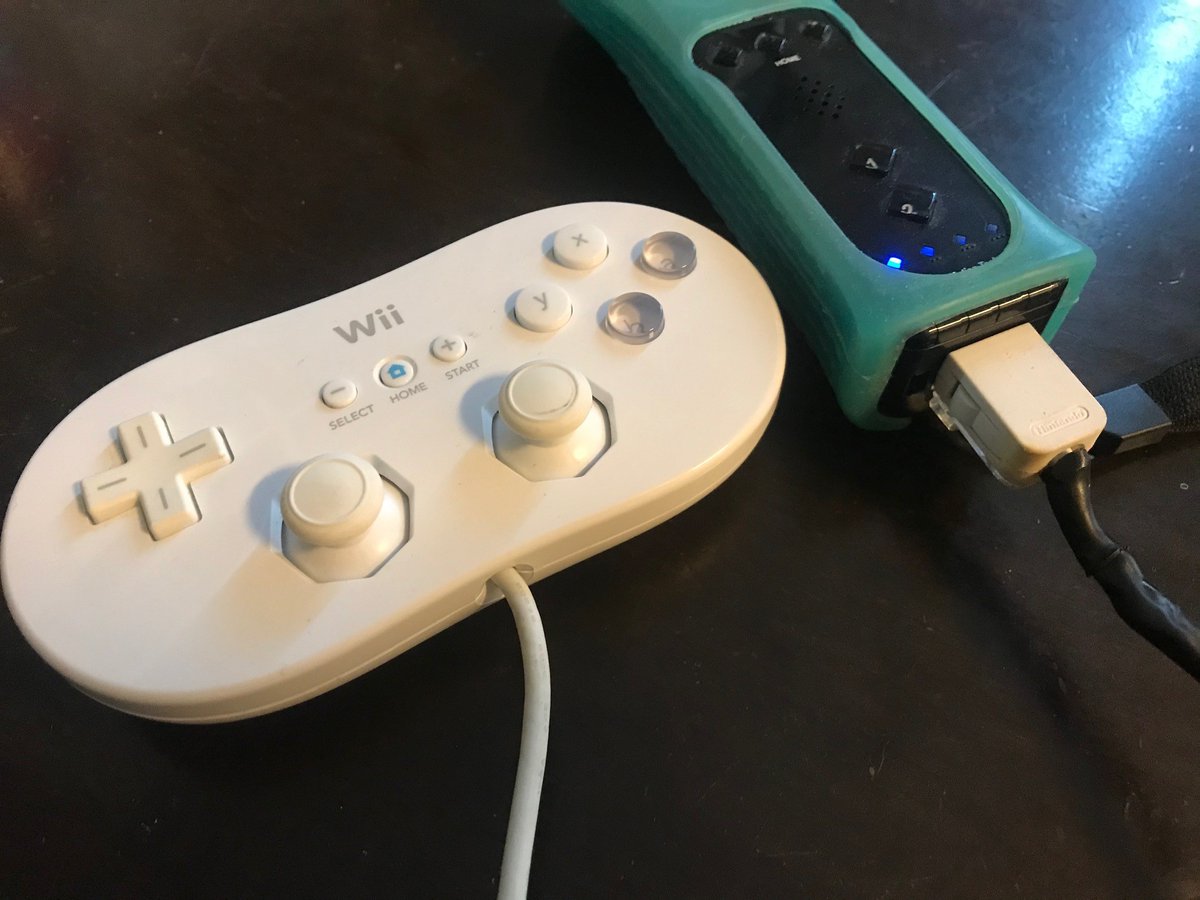 First step of the #GameGear re-cap was a success. The power board is functional. Faint screen as expected. It will improve as I continue with the mainboard the coming week (I had to order some new capacitors). https://t.co/bX1bQZV5Q8
View on Twitter 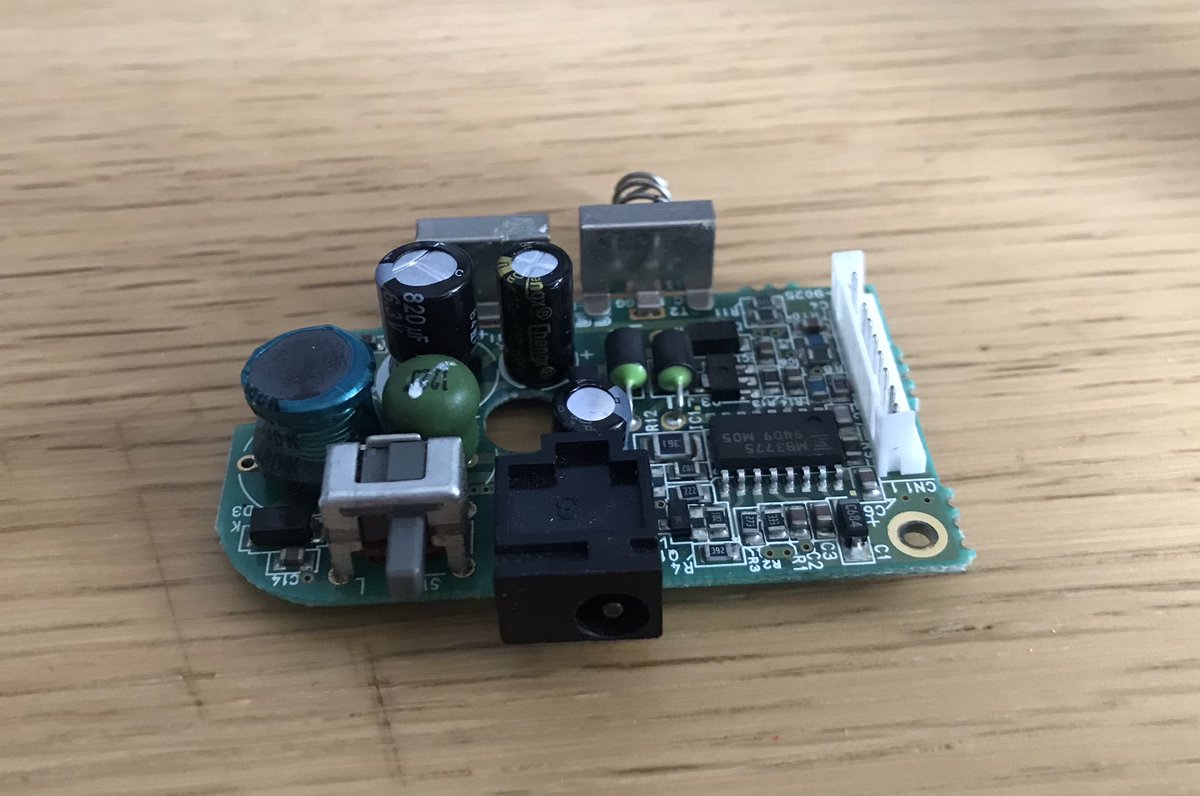 I got a blue #GameGear! It does not power on. Best case scenario: an upcoming re-cap. Worst case: $20 lost. https://t.co/HscNVkNww6
View on Twitter 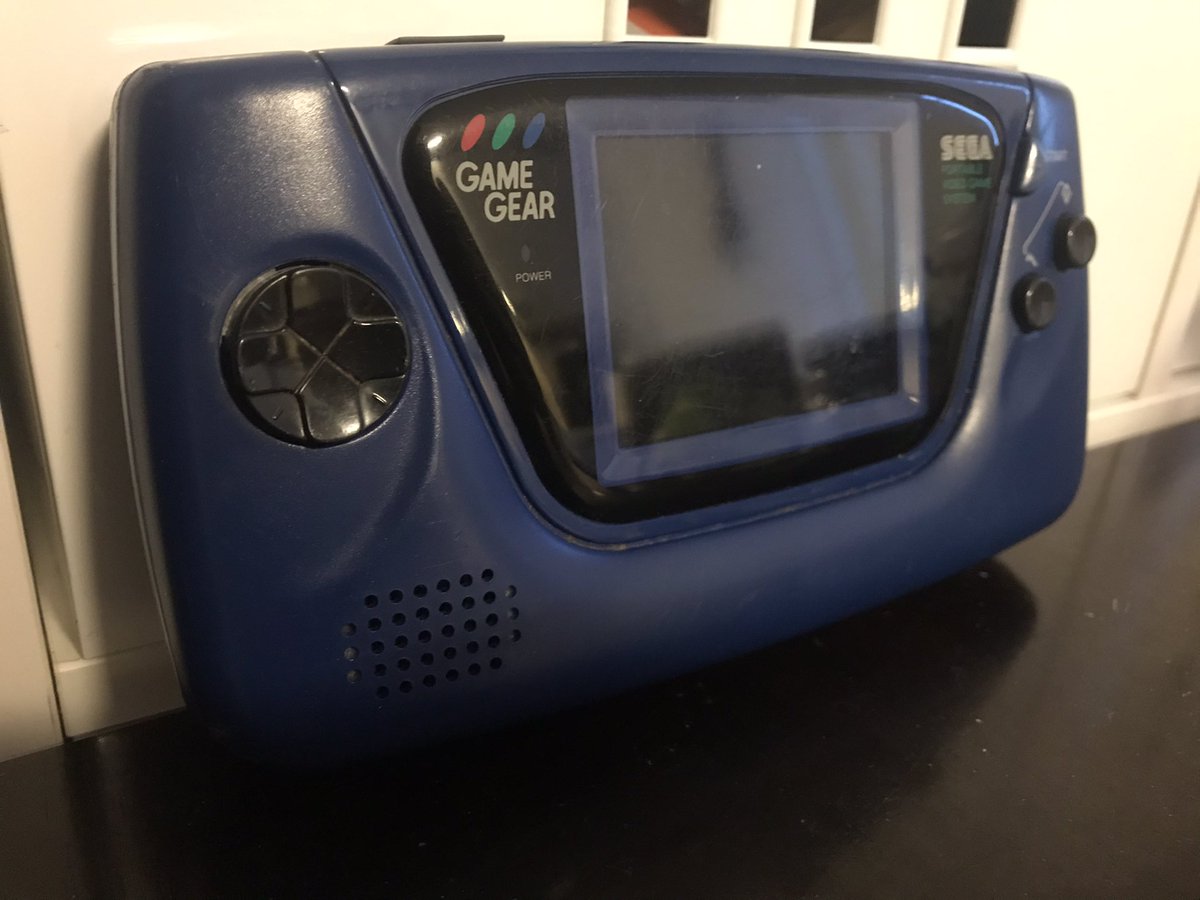 Latest addition to my #DOSgaming collection. I think I am going to make a serious attempt to enter the car industry, with my own corporation as the main supplier of resources and parts! https://t.co/oIRL5odUbA
View on Twitter 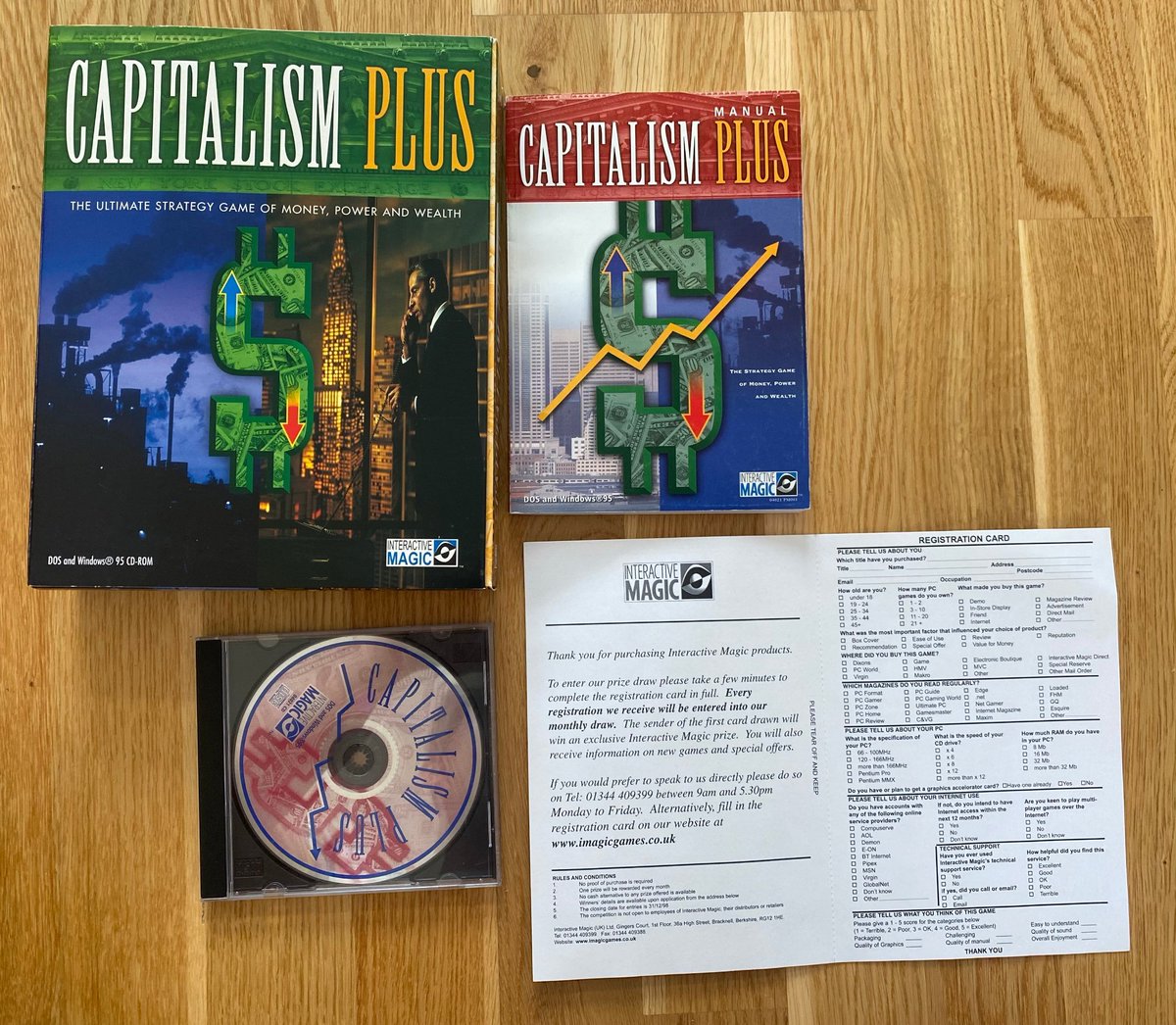